California’s wine country provides the perfect venue for weddings. Visit our Napa Weddings page or our Central Coast Weddings page to see what wineries offer on-site services for your wedding or reception.

Perhaps nowhere else in California offers as remarkable a venue for a wedding as does the Wine Country. Not only does it have world-class hotels and services but it gives your wedding guests a remarkable array of activities to indulge in.

From the Armstrong Redwoods to 78 miles of pristine beaches to the beautiful Central Coast, the California Wine Country really is the best spot to host your events.

On caution’s side, be careful when driving around our wine country in your expectant state of euphoria. We’re pretty protective of our wineries here because it takes a lot of downtime for them to be able to concentrate on what their winery should be doing next.

If you just roll into any old winery and tumble out of your car looking for a good tasting experience, you might find the staff a bit grumpy. While many winery’s love visitors, some emphatically do not (think Alien vs. Predator).

As mentioned above, the majority of wineries on the Central Coast and in Napa and Sonoma who do allow visitors would like you to give them some advance warning before your tour group comes at them like a mob of thirsty zombies. One or two thirsty zombies they can accommodate.

Most wineries also charge a tasting fee these days. These fees are normally set at a fair price and most fees are waived if you purchase wine.

It’s easy to find tasting rooms and wine bars in Napa County because the towns line up from south to north.

Whether it’s your first visit to the Wine Country or you are a local, one of the easiest ways to enjoy a variety of wines is at a tasting room or a wine bar. Sometimes, it’s hard to tell the difference.

Of course, you can drive around the county looking for wineries offering wine tasting and this can be fun. However, an easier way to find the wine of your dreams is to take a stroll around the towns of Sonoma County and pop into the many available tasting rooms and wine bars.

When visiting wineries in the Wine Country, we highly recommend booking a tour. There are plenty of them available. Just check with your hotel when booking a room or visit the local chambers of commerce for free coupons.

Back in the old days (the ’70’s), we used to drive our VW’s into Napa Valley and see how many wineries we could hit in an afternoon.

In that geological period, most tastings were free and, although we bought plenty of fine bottles of happiness to take home with us, we certainly drank more wine than we should have as we continued on our merry way.

You can’t do that today and, let’s be honest, it was pretty stupid to do it back then. But we were young and, well, we were stupid.

You can experience so much more when you take a Central Coast, Sonoma or Napa Valley winery tour. On a winery tour, you are availed a good amount of local knowledge and more time to enjoy the day with your fellow thrill-seekers.

Thank you for taking a little time to visit our website. 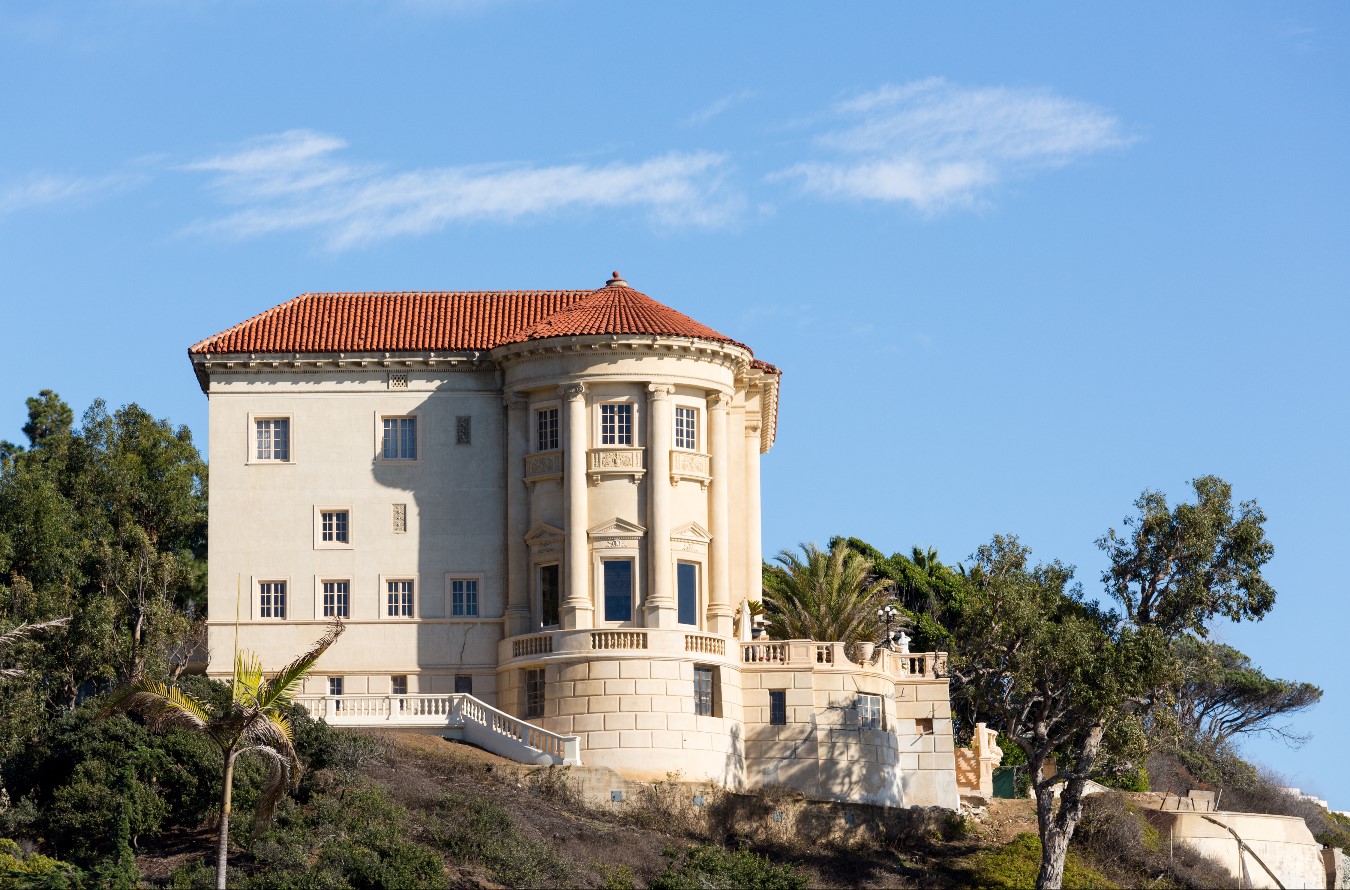 Good luck with cleaning all those windows! 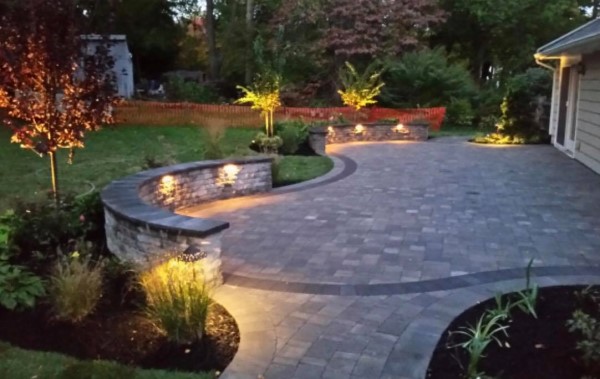 Add the bright and fun element to your outdoor living design with incredibly lit, comfortably assembled, and beautifully designed outdoor spaces to find a serene and solace spot amid the humdrum of life. Yes! a patio, a backyard, or any outdoor construction that can provide beauty to your architecture and balance and serenity to your everyday life is the goal of Outdoor Living Designs, the Sonoma county landscape constructors known for our artistic hardscape landscaping in Santa Rosa, CA.

Outdoor Living Designs specializes in overhauling existing patios, pool decks, pavers to backyards with aesthetic designs and quality constructions. We can build the all-new outdoor living spaces within your budget, exceeding your expectations

Make your vision a reality

We bring over all our expertise and resources to provide you with artistically designed hardscape landscapes, remarkable backyard landscape overhauls, attractive paver layouts, a handy outdoor island grill, and anti-slip pool deck pavers installation, and much more.

Schedule a call with us today for a personalized outdoor living design and live your dreams. 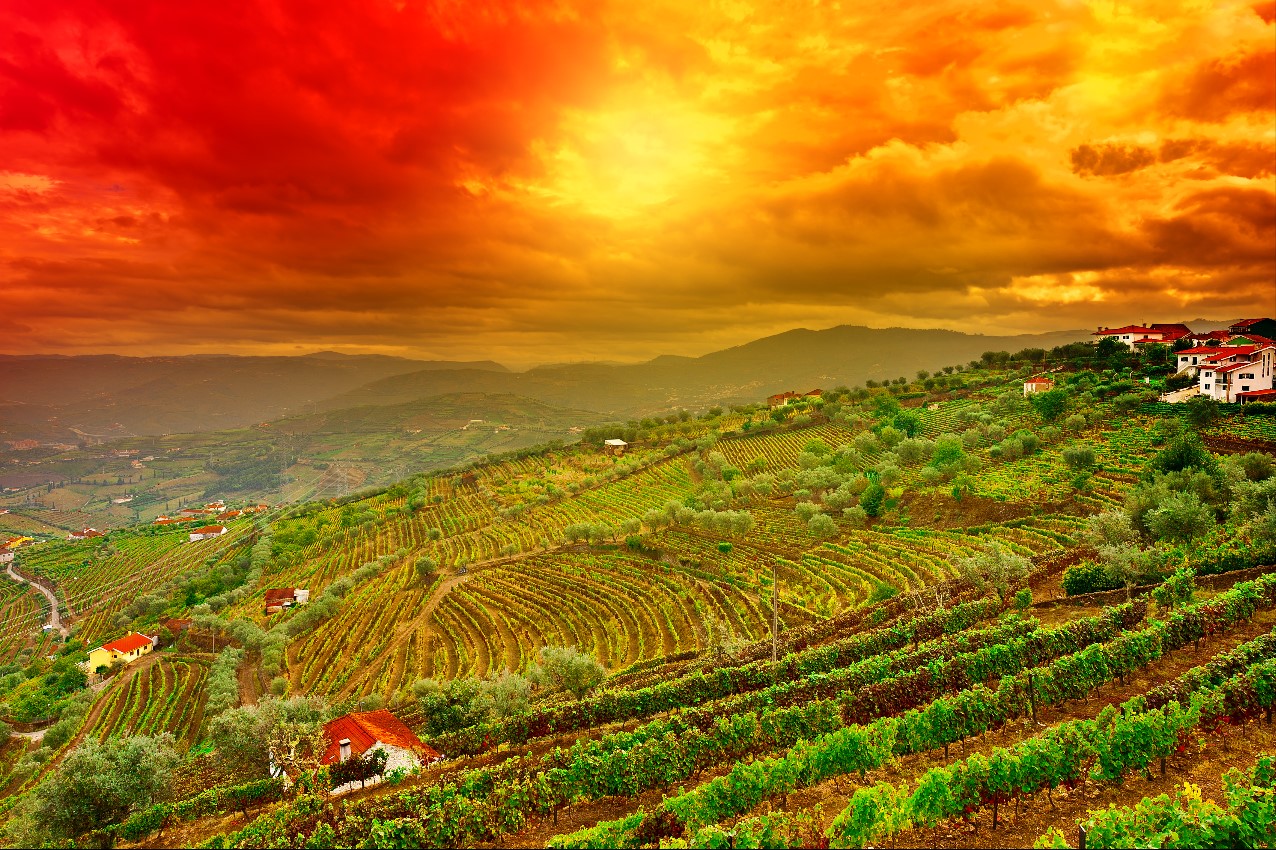 Interior painting designs that are inspired by wine country are warm and inviting.  Napa and the Central Coast are not only known for their fantastic wine, but they’re also known for their stunning views and ambiance.  Here, we’ll try and give you several ideas on how you can achieve that relaxed California wine country look in your next interior decorating project!

California’s wine regions inspire colours that are natural and soft, with pale golds and dusty greens.  Wine country style is evident in the many small establishments that make up the region, from small local inns to beautiful restaurants on picturesque, large estates.  Small, local establishments are a great place to find inspiration for wine country style, as they embody the colours and culture that draw so many people to the area year after year.

We called Martin Blouin, from Professional Painters Niagara (https://www.professionalpaintersniagara.com), who is a professional painting contractor in the wine region of Niagara, Ontario, Canada, to ask him about wine country inspired painting design.  Last year, he visited Napa Valley to try and find some new inspiration.  What follows next is a few Sherwin Williams paint colours he’s been experimenting with to try and capture that wine country style!

Torchlight is a deep, rich gold colour.  It’s truly the foundation of any interior design scheme that will try and capture the style of wine country.  It can easily balance with browns and greens to complete an elegant, warm interior painting design.

Chrysanthemum is a copper, rust colour, but much more!  It invokes the tones of fall and works exceptionally well with a gold like Torchlight.  Chrysanthemum is like the colour you see as the setting autumn sun casts its light over rolling hills of vineyards.  Use it for accent walls or accent pieces in your overall design.

Canvas Tan is a fab neutral that is capable of calming any space.  It’s a simple neutral that can invoke feelings of calm and peace as if you were waking up in the morning among the vineyards in wine country.  This colour is a great example of the fact that not all wine country-inspired painting designs need to be deep and rich.  Incorporate a wine country inspired neutral like this into your design today and observe the calming results for yourself!

We’ve found a few other colours you might also want to look at for your wine country inspired design:

This colour truly embodies the colour of the Pacific Ocean that rests off the coast of California wine country.  This colour acts as an excellent contrast to the warm and neutral colours we’ve already presented.  Use it as a secondary colour in your design to freshen up your space.

Shadow Valley is a tender green that reflects the foilage of the vineyards.  After all, there would be no wine country without the luscious green plants that give us the grapes!  This colour has a very subtle yellow undertone, giving it the ability to match up with golds and neutrals, or it’s even able to stand up on it’s own in a contemporary space!

History of the Burger 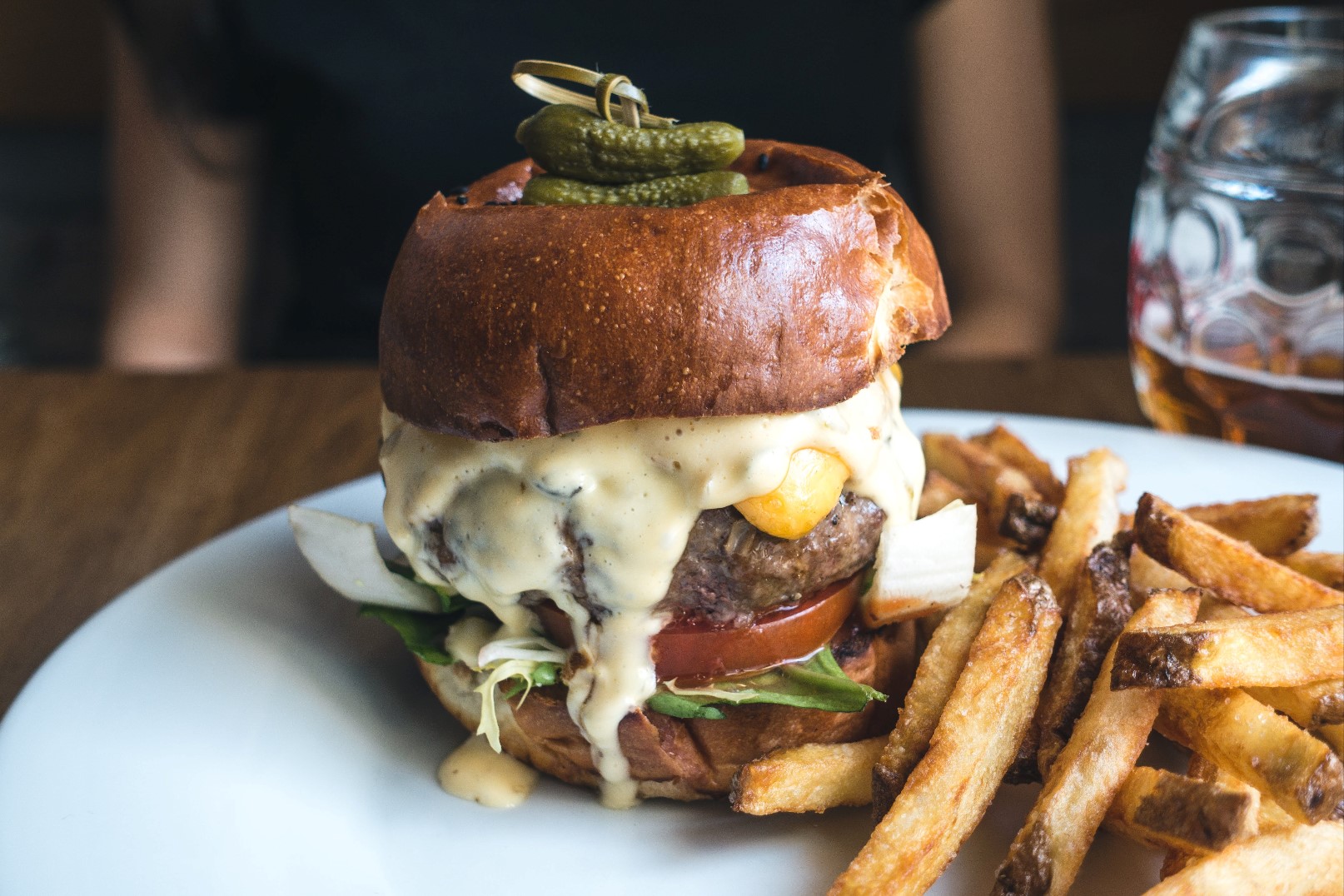 Do you remember your first burger? Was it a cheeseburger? Just a hamburger? The burger is a staple for family dinners, synonymous with BBQ. It’s an easy recipe that caters to all, no matter the age, with options for customization.

It is one of the most popular foods on our planet and if you’ve never tried one, you’re an anomaly.

Where did the burger come from?

The name hamburger came from an evolution of the original Hamburg steak. Cows from the German city of Hamburg were well-known for their quality. The meat was commonly prepared by chopping, grounding, or mincing, and mixing with onions and seasonings. But it was not a sandwich like we know it today.

As Germans immigrated to the United States, mostly through New York and Chicago, the Hamburg steak came too. It began appearing on menus marketed towards the German immigrants who could be looking for comfort food. That version of Hamburg steak today is mostly referred to as Salisbury steak

When did the modern burger come to be?

As the German immigrants adapted to city life in America’s biggest cities, so too did the Hamburg steak. History can’t recollect the exact person, date, or location that the sandwich version, as we now know as the burger, was created for the first time.

Its beginnings were influenced by street carts and the desire to make eating ground beef patties possible while on the go. So the patties were sandwiched between two pieces of white bread and it evolved from there.

But there are other claims to who and where the first burgers were made. A man named “Hamburger Charlie” Nagreen sold meatballs squished between two pieces of bread in Seymour, Wisconsin in 1885. It is said that he was the one who dubbed it the hamburger.

In Hamburg, New York in the same year as Hamburger Charlie, the Menches brothers were said to create the first hamburger as well. Using the hamburger name because of the city name, coincidentally the same as the German town where the meat came from.

There are monuments and museums in Seymour, Wisconsin yet also in Tulsa, Oklahoma because of the claims to burger fruition. Eventually, it didn’t matter where it came from, but how easy it was to buy in fast-food restaurants and make at home.

How did the burger go from street food to every-day family meal?

American fast-food restaurants found their rise alongside industrialization. By the 1920s, burgers became synonymous with comfort food. They were cheap, in high demand, easy to produce, and so the first drive-thru restaurants were burger joints.

By 1950 there was a fast-food boom. Women were the homemakers, while men worked all day and came home to a meal made by their wives. It became increasingly easier to serve dinner via fast-food restaurants, and the franchising businesses grew tremendously. The burger was a quintessential part of that trend and came at the right time, right place.

In the 1970’s ground beef patties made their way into homes with easy-to-make meals. All you had to do was add the meat, and your meal was ready for family dinner.

Today, you can find all types of burgers customized with different meats like bison burgers or turkey burgers. Plant-based burgers avoid the meat industry altogether. Some get raunchy with more fried foods toppled on top or pared down with lettuce as a bread replacement.

What is the difference between fast-food burgers and made from scratch burgers?

In the 2000s burgers had a reboot. Culinary tastes catered to individually made masterpieces, instead of burgers made by line cooks. Restaurants began distancing themselves from cheap, greasy, drive-thru food by creating craft burgers. Internationally, you can find many interpretations of the burger. Some are a stretch. But nothing replaces the standard hamburger recipe of a meat patty between two buns, with condiments, vegetables, and sometimes cheese.

This is the first post on the blog section of our site.  Hurray!  We look forward to providing you with informative content for years to come!